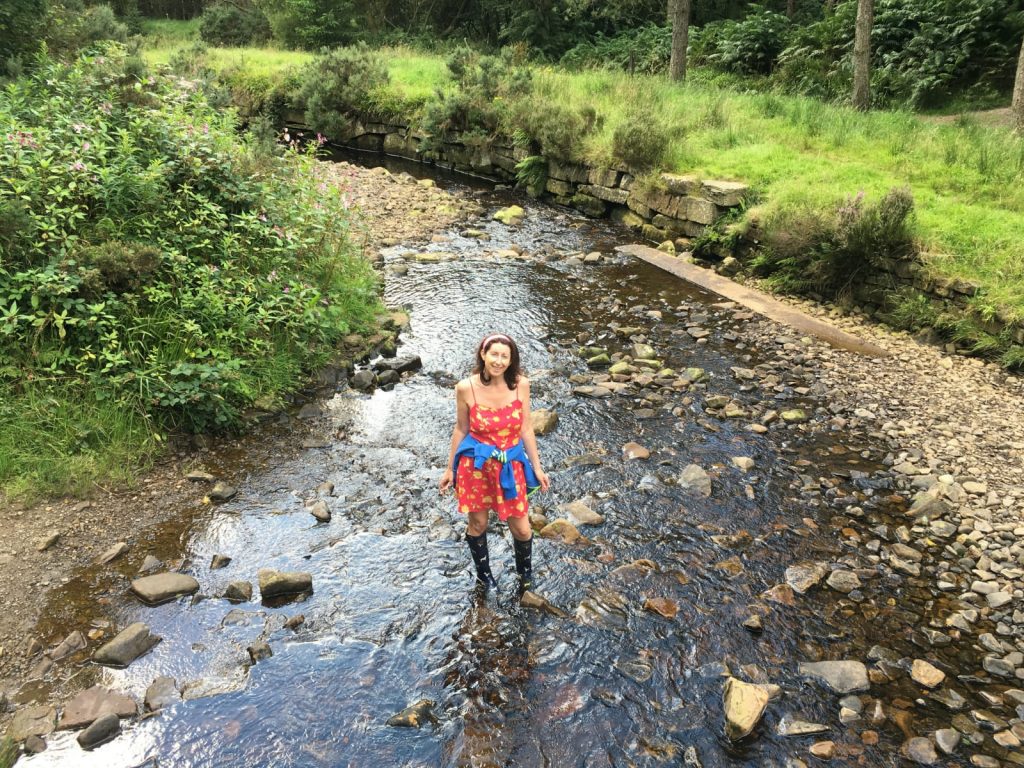 I was a very healthy child but soon as I hit my early teens and had the TB vaccination, my health and wellbeing started to be affected, I experienced all kinds of problems, my periods changed from light to heavy with excruciating pain, and my wellbeing and mental health was a state of anxiety where I felt on edge and jittery with nerves. I was admitted to hospital as an outpatient at the age of 14 to the mental health team and given various drugs for nerves, and to combat the heavy periods I was given the contraceptive pill, within 3 months of taking the pill, I was back and forth at the doctor’s complaining of varying symptoms such as IBS (irritable bowel syndrome), bloated stomach, unusual pains in my body, generally not well at all. By the age of 16, my health was in a mess.

The IBS really kicked off when I started working and attending college, this became a very traumatic time right through to my early twenties that I seemed to suffer from all kinds of symptoms, missing out on the usual teen stuff. I was given varying medication to help relieve the symptoms.

Whilst at work one day I noticed one side of my face felt very sensitive to touch almost a numb sensation, I put it down to the cold, I felt generally unwell too which I took myself home got an early night to wake in the morning with one full side of my face completely drooping, my eyelids, my mouth and appearance of my skin were shocking, my GP confirmed Bells Palsy.  I was given more medication for pain relief and eventually, after a couple of weeks, I was back working. A few years later I became a house owner, studying to be a college lecturer where my 12-14 hour days became a way of life and the IBS horrendous and a constant in my life.  I asked my GP if the contraceptive pill and other types of medication were contributing to my symptoms or at the very least have some sort of effect.  Was I chemically sensitive to all the medications? Surely it must be related, I got a firm NO.

I decided to take matters into my own hands, I came off the pill and stopped all medication, sought a herbalist and eventually over time became ‘well’, changed my food variations and was advised to leave wheat out of my diet. I finally got my life back or so I thought, my health seemed to be doing well except my digestion wasn’t, I had stomach ulcers, and the most awful burning sensation in my oesophagus, where after investigations the whole of my tract was inflamed.

I was back on so many medications and told what to eat and not to eat. So the cycle began again, many trips to the hospital, more investigations led to fibroids, endometriosis, cysts, bowel inflammation and many tests of breast lumps to skin problems, eczema, warts, ring worm, I felt totally let down and yet absolutely needing help for my poor body and mind to heal and get better. Inside my body was a total mess and yet I had a professional job to hold down, stress became the next huge factor. Not knowing where to turn, or who to turn to I took more medication and applied the creams and took the treatments of antibiotics and steroids etc. Life carried on, painfully.

Things became slightly improved when I was pregnant, I had to stop all the medication. Guess what? my body became better.  My association with food didn’t unfortunately as that was another hurdle, my body didn’t want to even smell food let alone look at it, I didn’t want to have any flare-ups with my bowel and having IBS again. So food choices became very limited.

My health and wellbeing seemed to settled down, I wasn’t at work, no medication, however after a few years of being well I decided to change career paths, became part of an amazing company and decided to take contraception in different forms.  I began again to experience all sorts of conditions, symptoms and then pain.

If I wore makeup or jewellery or used creams on my body, self tans for example, I always seemed to have a headache or a heaviness over my whole body. I still never connected any of it. I blamed picking up a virus or getting bugs, becoming older etc.
My whole body was in agony, I honestly never connected any medications, vaccinations, dental work or any products or foods to what I was going through, whilst I was experiencing the symptoms.

I worked hard and long hours with a busy family life. I somehow disconnected my head to my body and didn’t even suspect or connect the medications/creams/contraception to my condition. The labels came in force then, fibromyalgia, chronic fatigue, adrenal fatigue, migraines, (suspected heart attack led to being diagnosed with SVT and irregular heartbeats), vertigo, hearing loss, tinnitus, retinal tears, eye surgery, but yet out of all of these the worst was Meniere’s, all absolutely horrendous and took my vitality away at their worst.

I would suffer from huge hangovers and yet wouldn’t have touched any alcohol, the dizziness, being off balance and falling unexpectedly to the floor was beyond anything I wanted to carry on with, to endure any more.

Anxiety, stress and my emotions were all over the place. My body felt so ill and I was in chronic pain, I remember saying my body is dying from inside. I could literally feel this dead feeling. Every visit to consultant after consultant went the same way. This is another condition you have, they would say, more medications and because I looked ‘well’ on the outside, I felt helpless. I began to withdraw from so many social outings. I would do the necessary of attending functions, but then back home. The sickness became an illness in itself. Nausea and heaviness in my body were just becoming unbearable.
In all of this time eating food and lack of water was a huge problem, every consultant, GP and practice professional told me to eat varying diets, I began to dislike food even more – and there are my connections with where I am today.

What you put in your mouth DOES have an adverse effect on your health and wellbeing, even taking anything via the skin will impact us. I became super sensitive to light, noise, injections, medications and my choice of foods. I was highly toxic with heavy metals. I was chemically sensitive. Any additives and preservatives became a total no no.

I began the journey of clearing out my body of heavy metals, having all my amalgam fillings removed by a holistic dentist, parasite cleansing, candida overload, no wheat, dairy or alcohol, the food list went on and on.   Did I do this once, twice, No? I had to keep clearing my system until my energy came back, this has been a truly emotional and exhausting journey over the years, these last 10 being the worst, but not any more.

My quest to help heal myself began and the passion to help others too. You will heal and be the person you should be, I am very much equipped to guide you and together we can give your body, mind and spirit back the energy, vitality, joy and gain the optimum health we should all have.
I studied at the Nutritional Healing Foundation College in Liverpool where an intensive 3-year course in anatomy and physiology, nutritional healing, nutritional therapy, nutritional science challenged my body, mind and spirit, as I began to find answers for my sick body I also had the most amazing support from my own naturopath who alongside the college gave me back my wellness, I was also having NES body scans every month from my NES practitioner and with the treatments and remedies, slowly started to feel peaks of being well. The journey has been slow, but since my body was at burn out, no energy on most days, I knew this was my healing journey, I had to go at my body’s pace, the college provided me with that solution, in order to practice and qualify they worked around me and my health. Truly outstanding.

I began to understand how the body heals, in what order and to not overload, how to step back and yes in my case I retreated, totally, from lots of outings and fun times, but I knew I got too sick if I overdid it. I promised my body, mind and soul that I would be clean in my eating, rest and learnt to love myself.

I was committed to getting Anita back. It worked, I have only had a short time to feel this amazing life, but I am on it, come and join me, give your health a clean up and let your lovely mind and body be at ease, once again. I then studied NES (Nutri Energetics) myself after using the system for 3 years to become a qualified practitioner. It truly is an exceptional insight into how your energy is being distorted.
My body was at ease (in balance) until it tried to tell me it didn’t like something. It then became dis-eased, (out of balance). I didn’t know how to listen to ME. BUT I DO NOW.

I can show you how to listen to your amazing, beautiful, unique YOU, to heal, be healthy and happy x

With love and vitality